GET YOUR FREE CONSULTATION

He negotiated with my insurance for a total of $16k!

I had water damage, filed a claim, and got a check for $3k. After a GC came out and told me the cost to fix my home would be $15k, I was floored. Did not know what to do. I was int... read more

Absolutely great during the process.

I just wanted to post that Nick and his team at Reliable Claims Adjusting were absolutely great during the process. Kept me informed and once they had the necessary details they t... read more 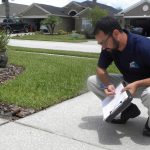 As an experienced St. Petersburg Public Claims Adjusting Company, we have the ability to expedite your property claim & help to completely restore your residence or business operations; as well as insulate you from the stress of engaging in such difficult and complicated situations as do come when filing property claims with large corporations like your insurance carrier. Our team of experts have been helping residents in Florida to recover money that they could not obtain on their own.

A Florida state agency found that policyholders using a public adjuster to help them settle a claim received 574% higher settlements, than those using only the company insurance adjuster.

A St. Petersburg Public Claims Adjuster engaged early in the process, before the fact-finding stage, will provide significantly more of an opportunity to help the policyholder receive a fair settlement for all the losses legitimately covered under the insurance policy. However, anytime during negotiations with the insurance company and even after a settlement has been received by an insured, a public adjuster may be able to negotiate for a higher amount.

Public Claims Adjusters Help You Get the Compensation You Deserve 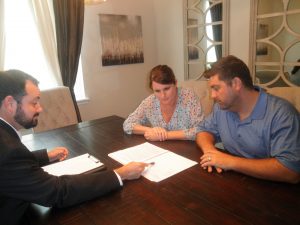 A new study by a state agency found that policyholders using a public adjuster to help them settle a claim with Citizens Property Insurance received higher settlements, an estimated $9,379 per claim versus $1,391 – 574% difference – than those working with only the company adjuster.

On catastrophe claims from the 2005 hurricanes, settlements negotiated with an adjuster averaged an estimated $17,187 per claim versus an estimated $2,029 with the company adjuster – a difference of 747%.

The Florida Legislature’s Office of Program Policy Analysis and Government Accountability examined 14,997 catastrophe claims filed between March 2008 and June 2009 related to the 2004 and 2005 hurricanes, and 61,324 non-catastrophe claims during those same months.

No matter what type of insurance claim you have: Water, Plumbing, Flood, Fire, Theft, Vandalism, Blasting, Sinkhole, Tornado, Wind, Hail, Hurricane, or Tropical Storm or any other property or casualty related insurance claim, for that matter – our company will work for you strictly on a contingency. Which means there is no out of pocket money from you until you are paid by the insurance carrier. If we are unsuccessful in recovering money in relation to the insurance claim, then there is no cost to you! Contact our office today at (800) 580-5650 or complete the form below to speak with one of our qualified St. Petersburg Public Claims Adjusters about your claim.

GET YOUR FREE CONSULTATION

It is well worth the cost.

After hurricane Irma we had extensive damage to our screened patio and our carport. The insurance company only offered us $3000.00 minus a $500.00 deductible. Our repair costs we... read more

Love your work. It's refreshing to have something taken off your plate, handled and handled well. Highly recommended.... read more

If you have any questions or comments please fill out the following form and one of our representatives will contact you as soon as possible.